In honor of  National Correctional Officers Week this month, several rocks were painted, personalized and delivered to St. Mary's County Sheriff's Office personnel at headquarters and at the St. Mary's County Detention and Rehabilitation Center. 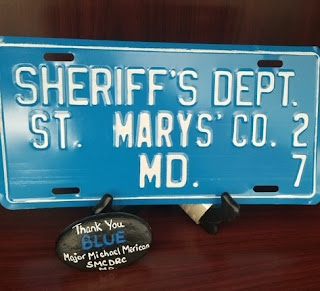 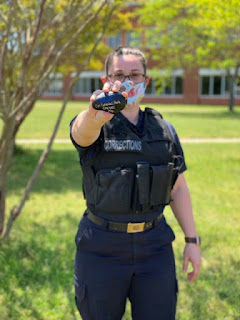 History of Rocks for LEOs

In October of 2017, the family located an officer in their neighborhood and provided him with a very special rock they had been carrying with them for months in hopes to find just the right person to give it to. The families became close friends with the officer and his family as a result.

Since then, 3,811 LEO rocks have been painted and distributed to agencies and officers.  The St. Mary's County Sheriff's Office is honored to be one of the agencies included in such a wonderful act of kindness.