Drug Arrest//Resisting Arrest- On March 19, 2020, Dep. Schell responded to the 22200 block of Three Notch Road in Lexington Park, for the reported disturbance. Investigation determined Gerald Issiah Wade, age 19 of no fixed address, entered the business and began harassing customers and an employee. Wade who was not a guest at the business, retrieved a beverage and began to spill the beverage inside the business. The employee requested Wade leave the business.  Wade refused to leave the business and refused to provide his name to deputies on scene. Wade then emptied the beverage on the ground, near officers' feet and advanced towards officers. Wade was advised he was under arrest and he immediately began to resist arrest and attempted to pull away from deputies and flee. Wade was taken into custody and located on Wade's person was a suspected CDS smoking device containing residue (suspected cocaine). Wade also provided several false names to deputies. Wade was arrested and charged with Resisting Arrest, CDS: Possession-Not Marijuana, CDS: Possession-Paraphernalia, Fraud-Identity to Avoid Prosecution, Disorderly Conduct, and Trespassing. CASE# 16797-20 (No Photograph Available)

Drug Arrest- On March 20, 2020, Dep. Hill responded to the 40600 block of Kavanagh Road in Mechanicsville, to serve an arrest warrant on James Roy Chase Jr., age 32 of Mechanicsville. Chase was arrested on the outstanding warrant and located on his person was a quantity of suspected cocaine, and several pills (suspected Oxycodone).  Chase was served the outstanding warrant and charged with CDS: Possession-Not Marijuana and CDS: Possession-Paraphernalia. CASE# 17033-20 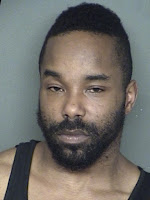 Assault/Protective Order Violation- On March 20, 2020, Dep. Fenwick responded to the 25700 block of Long Woods Lane in Mechanicsville, for the reported assault.  Investigation determined John Irvin Eberwein, age 49 of Mechanicsville, assaulted the victim by grabbing the victim around the neck, causing visible injury.  There is a valid court order prohibiting Eberwein from being at the residence.  Eberwein was arrested and charged with Assault 2nd Degree and Violate Protective Order. CASE# 19277-20 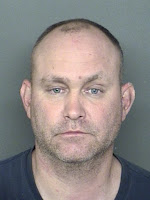 Violation of Protective Order- On March 27, 2020, Dep. Raley responded to the 23400 block of Three Notch Road in California, for the reported disturbance. Investigation determined Melvin Craig Koon, age 58 of California, got into a verbal argument with the victim. There is valid court order preventing Koon from having contact with the victim by any means. Koon was arrested and charged with Violate Protective Order. CASE# 18662-20 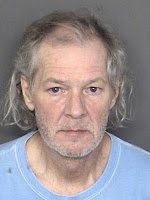 Assault/Malicious Destruction of Property- On March 27, 2020, Dep. Burgess responded to the 20800 block of Wolf Trap Street in Lexington Park, for the reported disturbance. Investigation determined Malissa June Jameson, age 36 of Lexington Park, struck the victim in the face with a cellphone and then proceeded to break the victim's phone. Jameson was arrested and charged with Assault 2nd Degree and Malicious Destruction of Property. CASE# 18637-20 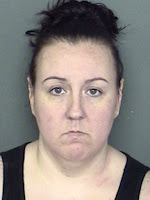 Robbery- On March 24, 2020, deputies responded to the 22700 block of Three Notch Road in California, for the reported robbery. Investigation determined Zachery William Ruggerio, age 31 of Great Mills, entered the business and handed the victim/employee a note threatening harm if the victim did not give him money. The victim complied and the suspect fled the business on foot. Detectives were able to identify Ruggerio as the individual responsible for the robbery. On March 29, 2020, Ruggerio was arrested by Detective Bare and charged with Armed Robbery, Robbery, and Theft. CASE# 18042-20 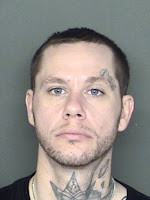 Burglary- On March 30, 2020, Dep. Burgess responded to the 45900 block of Fox Chase Drive in Lexington Park, for the reported disturbance. Investigation determined John Otha Dickens III, age 29 of Lexington Park, entered the victim's residence through a window. Dickens was located on scene and arrested. Dickens was charged with two counts of Burglary 4th Degree. CASE# 19497-20 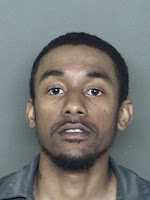 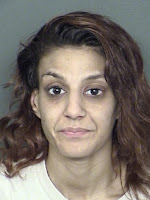 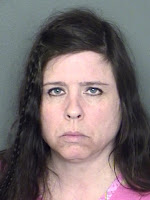 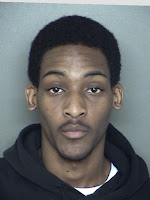 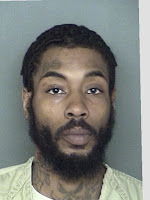 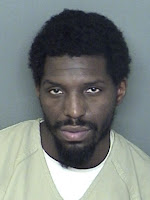 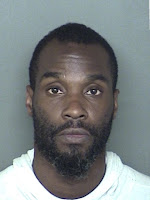 The St. Mary’s County Sheriff’s Office has received several reports of an individual knocking on doors in the Hollywood area, claiming to need money for a family emergency or to visit a hospitalized family member. Many citizens provided this individual with checks or money. An investigation has determined the suspect was providing false information to citizens in order to obtain money and checks. The individual was described as a white male, operating a white Hyundai sedan.

The suspect has been identified as Carroll Ignatius Norris Jr., age 46 of Hollywood. On March 23, 2020, Norris was charged via a criminal summons for the reported thefts. The St. Mary’s County Sheriff’s Office is seeking any additional victims who wish to report a theft involving Carroll Norris, to contact Deputy First Class Dale Smith at (301) 475-4200 extension 78098 or by email at Dale.Smith@stmarysmd.com. 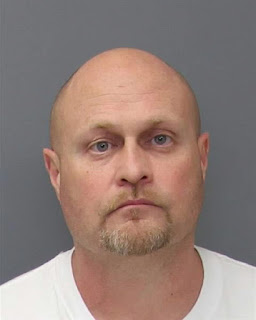 Seniors Need to be Vigilant Against Scams

The United States Department of the Treasury will soon provide information about economic impact payments under the recently enacted law, the Coronavirus Aid, Relief, and Economic Security Act, or CARES Act. The Treasury Department, not Social Security, will be making direct payments to eligible people. Please do not call Social Security about these payments as the agency does not have information to share.

If an email arrives from a known contact, but includes links/attachments/CLICK HERE buttons, you should exercise due diligence to confirm the legitimacy of the email. Reach out to the contact in person or by phone to confirm they are the sender before opening. This includes things like prayer chains and COVID-19 information.

-Do not open suspicious emails
-Do not click links contained within
-Do not post sensitive information online, or provide usernames, passwords and/or personal information to any unsolicited request."

* Scams related to federal stimulus checks:
From the Federal Trade Commission:
"1. The government will not ask you to pay anything up front to get this money. No fees. No charges. No nothing.
2. The government will not call to ask for your Social Security number, bank account, or credit card number. Anyone who does is a scammer.
3. These reports of checks aren’t yet a reality. Anyone who tells you they can get you the money now is a scammer.
So, remember: no matter what this payment winds up being, only scammers will ask you to pay to get it. If you spot one of these scams, please tell the Federal Trade Commission: www.ftc.gov/complaint. We’re doing our best to stop these scammers in their tracks, and your report will help."


On March 24, 2020, at approximately 6:40 p.m. deputies from the St. Mary’s County Sheriff’s Office responded to a reported robbery in the 20800 block of Callaway Village Way.  Investigation determined an unknown male wearing a hooded jacket, entered the business and brandished a knife. The suspect assaulted the victim and stole currency from the cash register and fled the scene in a black vehicle.

During the robbery investigation, deputies were notified of an assault involving a similar vehicle, in the 45600 block of Buckshot Way in Lexington Park. Investigation determined the suspect, later identified as Devon Tyler Lee, age 18 of Great Mills, was operating a black Tahoe and repeatedly rammed the victim’s occupied vehicle. When deputies arrived on scene the Tahoe was located abandoned. It was later determined the Tahoe had been reported stolen several days prior to the robbery and assault. Through the course of the investigation it was determined Lee was the suspect in the robbery and the stolen vehicle had been used to flee the robbery scene.

On March 27, 2020, Lee was arrested and transported to the St. Mary’s County Detention and Rehabilitation Center.  Lee was charged with the following:

Lee remains incarcerated at the St. Mary’s County Detention and Rehabilitation Center on a no bond status. Anyone with information on this case is asked to contact Detective Trevor Teague at (301) 475-4200 extension 78128 or by email at Trevor.Teague@stmarysmd.com.

Telephone reporting through the St. Mary’s County Sheriff’s Office will be available by contacting our dispatch Monday through Friday from 10:00 a.m. until 6:00 p.m. at (301) 475-8008. The following crimes may be reported utilizing telephone reporting:

Non-violent crimes may also be reported online at www.firstsheriff.com.

Violation of Protective Order- On March 25, 2020, Dep. Burgess responded to the 23500 block of Black Oak Court in California, for the reported disturbance. Investigation determined Samuel Lee Craddock, age 45 of California, violated a valid court order by having contact with the two victims which was prevented by the active order.  When Dep. Burgess arrived on scene Craddock was in the presence of both protected parties/victims. Craddock was arrested and charged with two counts of Violate Protective Order.  CASE# 18262-20 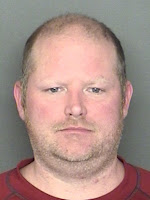 Assault- On March 25, 2020, Dep. Wilhelmi responded to the 23500 block of Black Oak Court in California, for the reported disturbance. It was determined during a verbal altercation, Stephanie Lynn Edwards, age 65 of California, bit the victim on the arm causing visible injury to the victim. Edwards was arrested and charged with Assault 2nd Degree. CASE# 18255-20 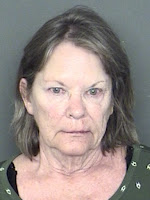 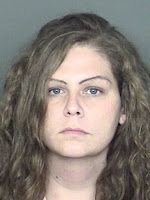 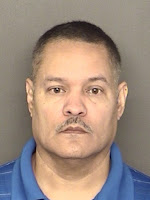 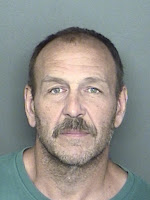 Robbery/Assault- On March 21, 2020, Dep. M. Graves responded to the 21600 block of Great Mills Road in Lexington Park, for the reported assault. Investigation determined the victim made contact with Leroy Christopher Neal, age 44 of Mechanicsville, to purchase an item. While the victim was counting money, Neal and another subject began assaulting the victim, and stole property from the victim. The victim fled the scene and contacted law enforcement. Neal was arrested and charged with Robbery, Assault 2nd Degree and Theft. CASE# 17257-20 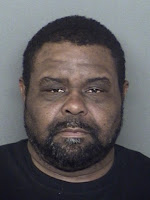 Assault/Disorderly/Resisting Arrest- On March 22, 2020, Cpl. Graves responded to the 21600 block of Liberty Street in Lexington Park, for the reported disturbance. While deputies were standing by to allow one party to gather items and leave the residence, Stephen Alfonzo Banks Jr., age 26 of Lexington Park, stood in the doorway and began yelling.  Deputies gave Banks orders to cease his behavior, however Banks continued creating a disturbance causing many neighbors to come outside. Deputies attempted to take Banks into custody, at which time he slammed the door striking a deputy. Banks was taken into custody and charged with Assault 2nd Degree, Disorderly Conduct, Fail to Obey a Lawful Order, and Resisting Arrest. CASE# 17409-20 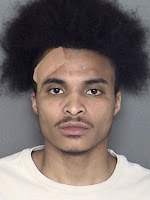 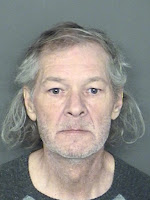 Trespassing- On March 23, 2020, Dep. Salas responded to the 21700 block of South Coral Drive in Lexington Park, for the reported trespassing. Contact was made with Oliver Henry Woods Jr., age 59 of Waldorf. Woods was directed by deputies to leave the area.  Approximately two hours later deputies were again dispatched to the same address for Woods trespassing. Woods was arrested and charged with Trespass: Private Property and Trespass: Public Agency. CASE# 17708-20 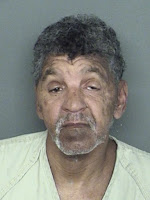 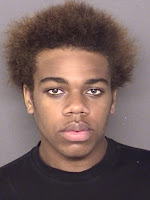 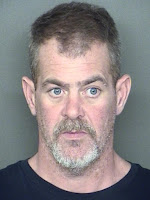 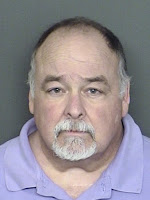 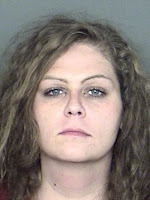 The St. Mary’s County Sheriff’s Office is seeking the identity of the person pictured whose nickname is “Cali,” as a possible suspect in a robbery that occurred on Saturday, March 21, 2020 at 1 pm, at an apartment at the 21600 block of Great Mills Road in Lexington Park.

Citizens may remain anonymous and contact Crime Solvers at 301-475-3333, or text a tip to “TIP239” plus their message to “CRIMES” (274637). Through the Crime Solvers Program tipsters are eligible for an award of up to $1,000 for information about a crime in St. Mary’s County that leads to an arrest or indictment.