On January 3, 2020, at approximately 12:56 p.m. deputies from the St. Mary’s County Sheriff’s Office responded to the reported shooting in the 18100 block of Point Lookout Road in Park Hall. Deputies arrived on scene and located the victim, later identified as Jordan Lee Sullivan, age 24 of Park Hall, inside a residence suffering from a gunshot wound to the chest. Detectives from the Criminal Investigations Division and Crime Lab Technicians responded to the scene and continued the investigation.

Preliminary investigation determined Sullivan was at a residence in Park Hall with an acquaintance later identified as Brian Lee Chaney, age 18 of Park Hall.  Chaney and Sullivan were in the kitchen when Chaney began to manipulate a firearm, which discharged a round striking Sullivan in the chest. Chaney contacted 911 and began lifesaving measures until the arrival of emergency personnel. Sullivan was transported to MedStar St. Mary’s Hospital where he was pronounced deceased.

Chaney was arrested and charged with the following:

Chaney is currently incarcerated at the St. Mary’s County Detention and Rehabilitation Center awaiting an appearance before the District Court Commissioner. Anyone with information on this incident is asked to contact Detective Taylore Nauman at (301) 475-4200 extension * 8109 or by email at Taylore.Nauman@stmarysmd.com.

Citizens may remain anonymous and contact Crime Solvers at (301) 475-3333, or text a tip to “TIP239” plus their message to “CRIMES” (274637). Through the Crime Solvers Program tipsters are eligible for an award of up to $1,000 for information about a crime in St. Mary’s County that leads to an arrest or indictment. 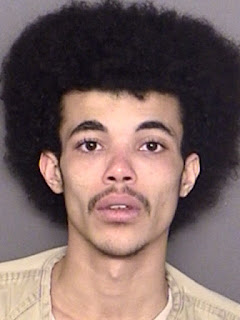