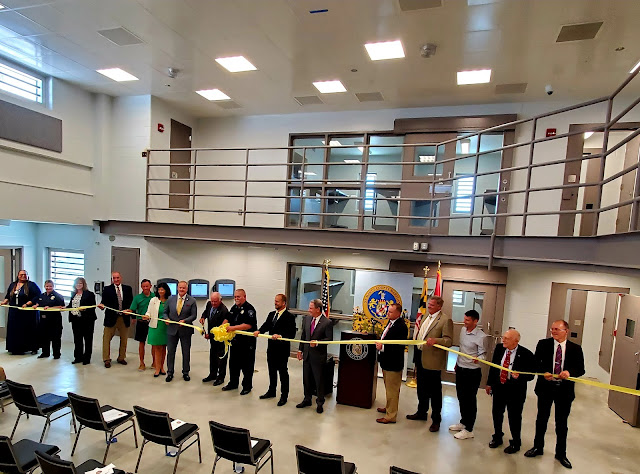 State and local officials convened on Tuesday, June 8, 2021 to celebrate the completion of an entirely new wing to the St. Mary's County Detention and Rehabilitation Center in Leonardtown. The new wing will house a new medical unit and cells for female inmates. Renovation work continues on the rest of the 230-bed detention center, which was originally opened in 1989.

The completion of a new 64-bed segregated unit for women provides for a "vulnerable and traumatized" population, Merican said. And the new medical wing replaces a "1980s Band-Aid station," he said.

And with the addition of a state-of-the-art security system for the entire detention center, "no longer will we need to hand-manufacture parts," Merican said for the outdated system currently in place.

The new wing is air conditioned and the continuing renovations to the existing facility will also bring central air conditioning, which is not only for the inmates, Merican said, but for the professional staff "who walk the toughest beat in America."

Robert Green, Secretary of the Maryland Department of Public Safety and Correctional Services, called the detention center upgrades "leading-edge construction," and said, "I would also commend the county for investment in leadership."

"This is a very special project, a very special end user," said Gary Whipple, Deputy Director of the St. Mary's County Department of Public Works and Transportation. "This is a 24/7 facility. It is truly a complete project."

Female inmates are scheduled to move into the new wing in August.

Scheibel Construction is the contractor for the $29 million renovation and addition project. 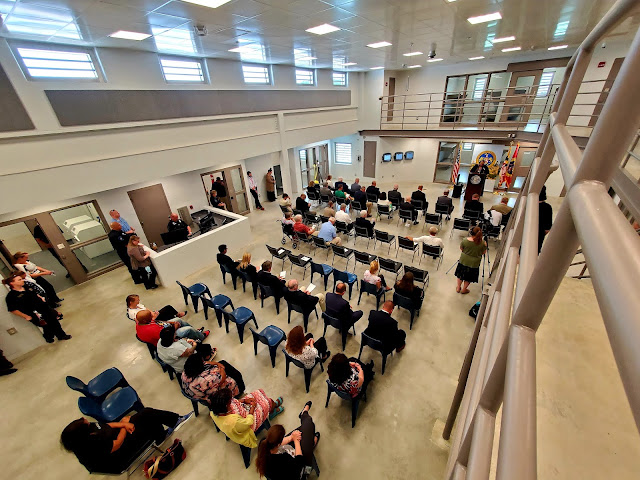