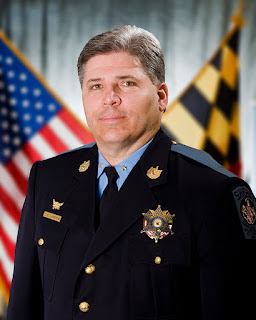 Sheriff Cameron, a St. Mary’s county native, began his career with the St. Mary's County Sheriff's Office in July 1980. During his public safety service of over 40 years, he was promoted through the ranks, serving in every Division within the agency. Sheriff Cameron was appointed as St. Mary’s County Public Safety Director November 14, 2005 and served in that capacity until taking the Office as Sheriff November 7, 2006.

Sheriff Cameron is a graduate of the 92nd class of the National Sheriff’s Institute, session sixty-six of the FBI`s Law Enforcement Executive Development course, session fourteen of the Maryland Police and Corrections Training Commissions Leadership Challenge and Session 74 of the Police Executive Research Forum`s Senior Management in Policing Course (SMIP) at Boston University.

Sheriff Cameron is a graduate of the Johns Hopkins University's prestigious Police Executive Leadership Program and received a B.S. in Management May 2006 from the School of Business and received his M.S. in Management from Johns Hopkins University School of Education, May 2007. Sheriff Cameron graduated from the Executive Leaders Program at Naval Postgraduate School’s Center for Homeland Defense and Security, Monterey, California, February 2010.