Chaptico, Maryland - On May 20th students at Chopticon High School arrived at school to find thousands of lady bugs inside the hallways. The investigation, conducted by Corporal Holton, School Resource Officer assigned to the school, revealed 5 suspects entered the school by forcing open a door at approximately 3:40 am on 5/20/15. Once inside, the suspects wearing masks and hooded sweatshirts, released approximately 72,000 lady bugs throughout the school.


During the investigation, Corporal Holton identified 7 total suspects, including the 2 who waited in the car while the others entered the school. He also determined one of the suspects ordered the lady bugs off of the internet.


4 male, juvenile, suspects have been charged with 4th Degree Burglary, Property Destruction Under $1,000, and Disruption of School Activities. The 4 suspects were released to the custody of their parents after being processed. The 3 remaining male, adult, suspects will be charged by criminal summons. 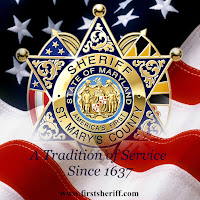