Drug Arrest- On June 15, 2020, Dep. Graves responded to the 20700 block of Old Great Mills Road in Great Mills, for the reported trespassing. Contact was made with Aaron Jacob Windsor, age 24 of no fixed address. Windsor had previously been served a notice not to trespass for the business. Windsor refused to accept his criminal citation, and attempted to leave the area. Windsor was then placed under arrest and located on Windsor's person was a needle with residue (suspected heroin). Further investigation determined at the time of Windsor's arrest, he was in the company of a victim who had obtained a protective order against Windsor prohibiting him from contacting the victim.  Once at the detention center Windsor pulled away from officers and attempted to leave the facility. Windsor also attempted to grab Dep. Graves' taser and disarm him. Windsor was charged with Assault 2nd Degree, Violate Protective Order, Resisting Arrest, CDS: Possession-Not Marijuana, CDS: Possession-Paraphernalia, and Trespass Private Property. CASE# 37310-20 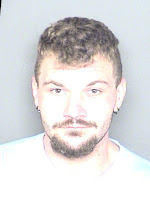 Aaron Jacob Windsor
Drug Arrest/Neglect of Minor- On June 15, 2020, Dep. Wynnyk responded to the 21500 block of Willow Road in Lexington Park, for the reported suspicious vehicle located on a premise check at a closed park. Upon arrival a vehicle was located with two juvenile children in the back and two adults unconscious in the front seats. A suspected CDS smoking device was observed in the hand of Cedric Van Sanders Jr., age 29 of Brandywine, who was seated in the driver's seat. Stephanie Amelia Dent, age 30 of Brandywine was seated in the passenger seat of the vehicle. Both Sanders and Dent were awakened by officers on the scene and the suspected CDS smoking device recovered. The CDS device was used by Sanders and Dent to inhale suspected cocaine. Both Sanders and Dent were arrested and charged with two counts of Neglect of Minor, two counts of Reckless Endangerment, Possession of CDS-Not Marijuana and Possession of CDS-Paraphernalia. CASE# 37484-20 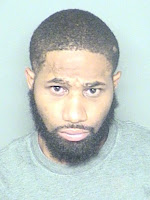 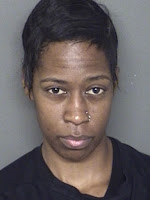 Assault- On June 19, 2020, Dep. Fretwell responded to the 23200 block of Pt. Lookout Road in Leonardtown, for the reported assault. Investigation determined Joseph Alex Peters, age 28 of Hollywood, assaulted the victim by pushing the victim to the ground, injuring the victim. Peters was arrested and charged with Assault 2nd Degree. CASE# 38346-20 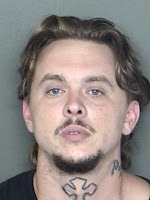 Property Destruction/Dangerous Weapon- On June 19, 2020, Dep. Fenwick responded to the 21600 block of Great Mills Road in Lexington Park, for the reported property destruction. Investigation determined Michael Tyree Mitchell, age 37 of Great Mills, intentionally damaged the victim's vehicle by scratching the vehicle. Mitchell attempted to walk away from deputies while on scene, and when placed under arrest Mitchell provided a false name to deputies. Located on Mitchell at the time of his arrest was a set of metal knuckles wrapped in duct tape. Mitchell was charged with Malicious Destruction of Property, Dangerous Weapon/Conceal, Obstructing and Hindering, and Fraud-Person-Identity to Avoid Prosecution. CASE# 38230-20 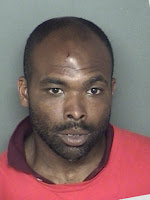 Handgun in Vehicle- On June 21, 2020, Dep. Raley responded to the 23100 block of Three Notch Road in California, for the reported traffic complaint. While conducting the investigation a handgun with an altered serial number was located in the belongings of a passenger, Jeron Harrison Beasley, age 27 of Upper Marlboro. Beasley was arrested and charged with Handgun in Vehicle, Loaded Handgun in Vehicle, and Knowingly Alter Firearm ID Number. CASE# 38597-20 (No Photograph Available) 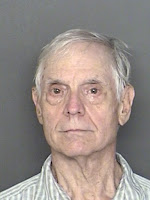 Resisting Arrest/Peace Order Violation- On June 22, 2020, Dep. Luffey responded to the 21200 block of Lexwood Court for the reported peace order violation. Investigation determined Latonya Renee Johnson, age 43 of Lexington Park, violated an active peace order by yelling at the victim. Johnson refused to open the door to her residence but instead opened her window and began yelling and cursing at deputies, which caused a crowd to form. Ultimately, deputies gained access to the residence and Johnson was arrested. Johnson was charged with Peace Order-Fail to Comply, Resisting Arrest, Failure to Obey Reasonable/Lawful Order, and Disorderly Conduct. CASE# 38898-20 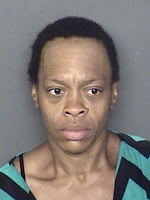 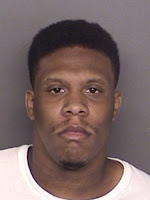 Assault- On June 25, 2020, DFC. Shelko responded to the 21700 block of Cabot Place in Lexington Park, for the reported assault. Investigation determined Rainier Nazal Dizon, age 29 of Lexington Park, assaulted the victim by striking the victim in the back, and pushing the victim to the ground. Visible signs of injury were observed to the victim and Dizon was arrested and charged with Assault 2nd Degree. CASE# 39496-20 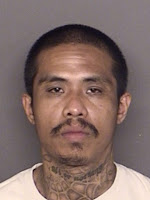